Get $500 Off Full Roof Replacements or $150 Off Roof Repairs For a Limited Time Only! Check Out Our Current Offers​

Levi Phillips grew up attended school in Kuna, Idaho, a small suburb of Boise, ID. He excelled in athletics through-out high school and continued his love of baseball playing at Snow College in Utah. In 2001, Levi went to work for his brother at Phillips Roofing. After five years of learning the trade, Levi took over as sole owner and changed the name to Idaho Roofing Contactors (IRC). Since 2006, Levi has grown IRC to one of the largest roofing companies in the state. Idaho Roofing Contractors is the only Owens Corning Platinum Contractor in the Treasure Valley and they have won the Owens Corning Product Excellence Award, The Bright Star Award and the Service Excellence Award. Throughout the last 15 years, IRC has done business with many of the roofing distributors in the valley and we are very proud that over the past several years, Pacific Supply has earned most of that work. Levi stated, "Pacific Supply's personnel, service and communication are second to none."

Idaho Roofing Contractors also believes in giving back to the community that has given so much to them. Each year they contribute to the Meridian Food Bank, Toys for Tots and the Idaho Food Bank. IRC is a huge supporter of Pacific Supply's Adopt-A-Family fundraiser throughout the year. This last year, Idaho Roofing Contractors and Pacific Supply teamed up to support the Gary Sinise Foundation that helped a double amputee re-roof his home in Eagle, Idaho.

Levi is married to his wife Tabetha and together they have a son (Jaxon, 12) and a daughter (Stella, 9). Jaxon loves all sports including football, basketball, and plays on a traveling baseball team. Stella does gymnastics and enjoys swimming and diving. As a family they love to travel, especially to Marco Island in Florida.

We at Pacific Supply Boise love being a partner with Idaho Roofing Contractors and look forward to doing business with them for many years to come!

No one has commented yet. Be the first to post one!

Let’s Get You A Free Quote

How to Prepare Your Roof for Fall (Yourself!)

How to Check Your Roof for Leaks Like a Pro

The Most Common Problems Caused by an Old Roof

Three Things Roofers Look for When Inspecting Your Roof 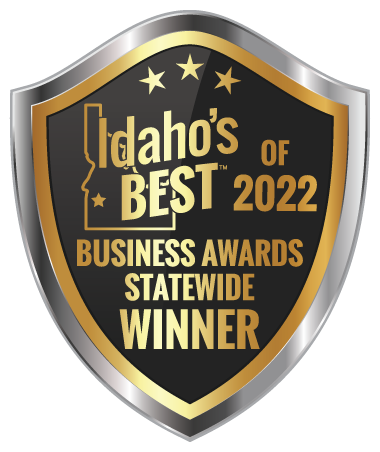 Take Advantage of Our Latest Offer!

Request a quote now to take advantage of our limited time offer!